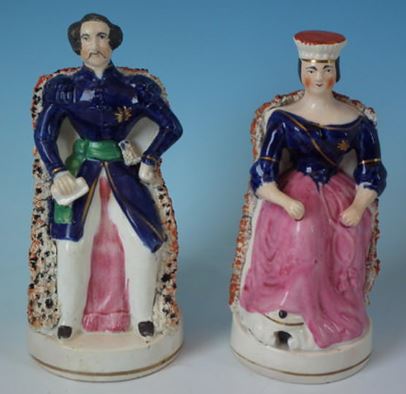 Who does not love a spaniel?

The popularity of today’s antique Victorian Staffordshire pottery spaniels surged. The King Charles spaniel the most popular of all, following the publicity given to Queen Victoria’s ‘Dash’. 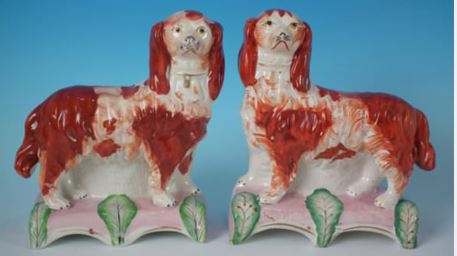 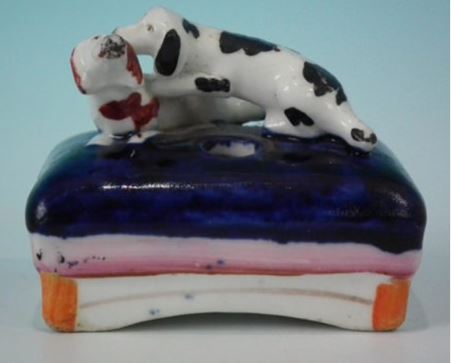 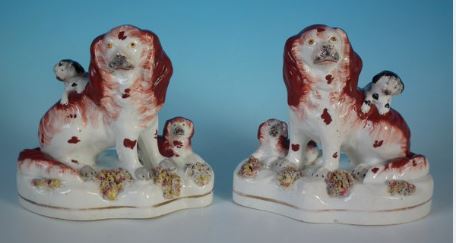 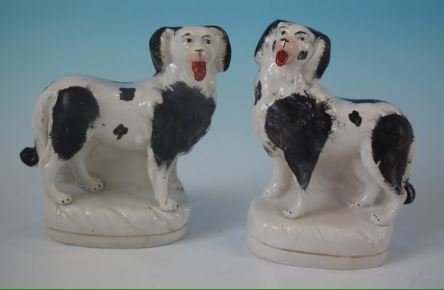 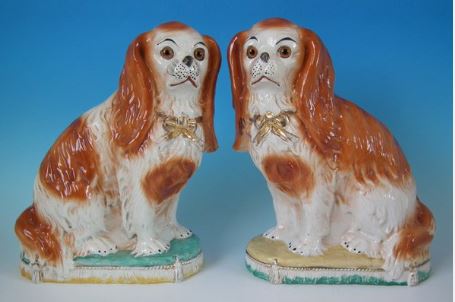 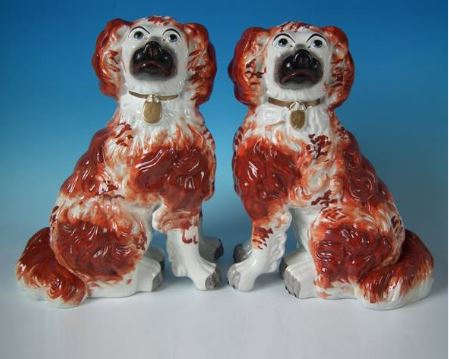 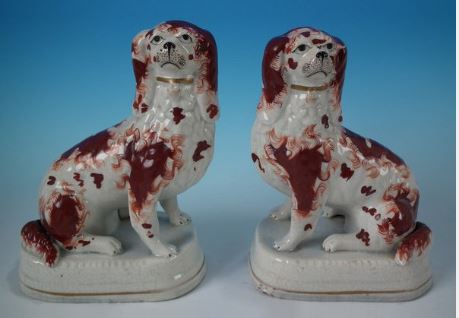 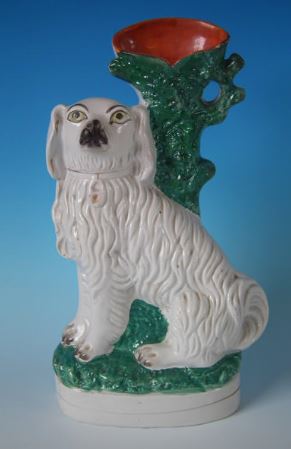 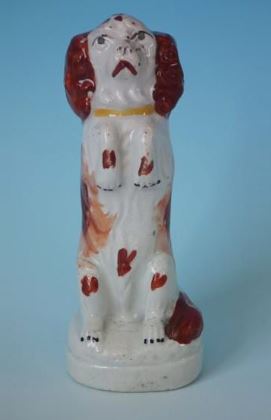 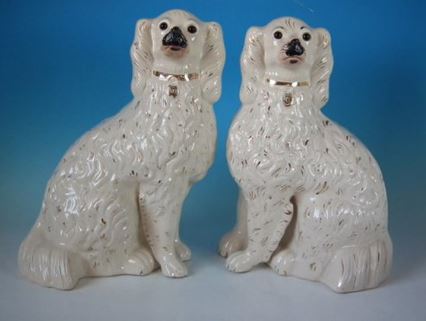 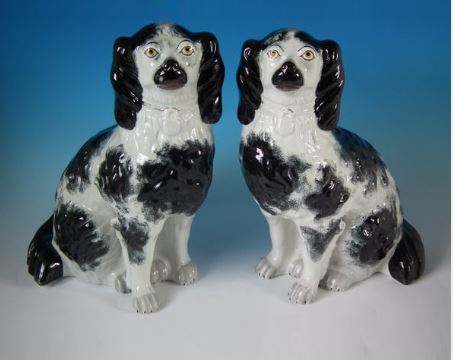 All figures available for sale at time of writing from

Also popular with the public before and during Queen Victoria’s reign were lions and tigers.

Courtesy of the Potteries Museum, Stoke-on-Trent, taken during a group visit, here are some interesting early figures.

Back to Antique Victorian Staffordshire Pottery Spaniels and other breeds

The Queen and her public enjoyed other breeds too.

Figures available for sale at time of writing from Madelena – world’s best collection of Staffordshire figures, spaniels, and other breeds

We looked into a tiny corner of the enthralling world of antique Victorian Staffordshire pottery spaniels and discovered people, things, dogs and other animals from an era much different to our 21st century yet with so much in common. The figures connect us with the past, helping us to understand lives lived in different circumstances.

There is more, much more… we have not even touched on the animal stories, the places, palaces and pastimes making headlines back then.